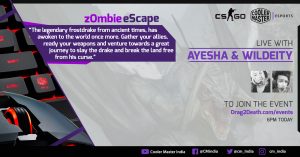 Each event has two phases. In the 1st phase, any player can join one of the 3 servers provided where maximum 20 participants can join per server. The participation is based on first come basis and slot availability. In the 2nd phase, top 5 Players from each of the 3 servers are provided a password to join the finale event server where top 15 players will play to win. It is an event played in a Free-For-All Deathmatch mode. Stats of all players are recorded by Drag2Death platform and are displayed on the events page dynamically.

Following are the Six events planned along with the schedule:

There will be three servers with the same event and anyone could join any server. If the event is for example 250 AK-47 Kills, then when a player reaches that target in a server, the event would end in that server only. The top 5 from each of the server will then battle it out for the top spot to win Cooler Master Goodies!

Server IPs will be provided on the Drag2Death events page for the 1st phase whereas for the 2nd phase, Drag2Death Admins will share Finale events server with top 15 players. The player has to simply connect to that IP:Port in CS:GO at the given time or after. A first come – first serve policy will be followed. The event will begin at the given time – a player may come later in the middle or on time. The 2nd phase will start after half an hour post 1st phase completion. Therefore it is mandatory for all the Top players to stay online on Steam to receive message from the Admins. 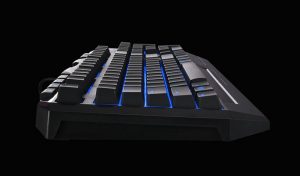 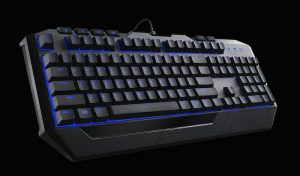 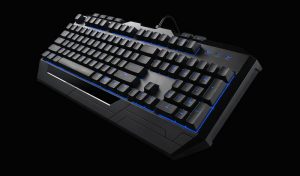 1.1 There will be three servers of 20 slots each. If the said target is achieved by any player in a server, then the event will stop in that server only. Once said target is achieved the top 5 of that server will then compete with the top 5 of the other two servers, hence in the end 15 players will battle it out for the 1st place with the same target.

1.2 Server Gamemode: Free-For-All (Anyone can kill Anyone) Deathmatch is enabled.

1.3 Map will be decided by the Admin. Usually it will be de_dust2. For the Scout event a different map will be used.

2.1 Every real person – unless officially banned – with a valid Steam account and Indian nationality is allowed to participate in the competition and will be called “player” in the following.

2.2 By attending the competition players acknowledge without limitation to comply with the rules and regulations, official announcement, and with the statements and decisions made by the Admins.

2.3 Every participant acknowledges the right for the administration to modify the rules and regulations for adjustments at any time without notice. Drag2Death generally tends to keep Rules & Regulations as static however in order to cover any loopholes left in the Rules, any changes for improvements are allowed.

2.4 The Event timings shall not be changed for any reasons. First come – First serve policy is followed. If all the servers are full then no player will be able to join the server, hence the player limit for the first part of the event is 60 players (20×3). Hence players must try to join the server ASAP. If there is a slot in the server then one can join in the middle.

3.1 Any player who is AFK for more than 45 seconds will be kicked from the server by the admin.

3.2 Any player who is simply griefing will be kicked from the server by the admin.

3.4 All the players who made it to the top 5 must be on time for the next part of the event. If the player is a no-show, then it is up to the admin to call the 6th position player or to not call any player.

3.5 Any player caught using any kind of cheats will be banned from Drag2Death platform.

4.2 All players must avoid using the chat.

4.3 Event will not be paused for any player for any reason.

Please confirm deletion. There is no undo!