Getting started with casting. (Part1) 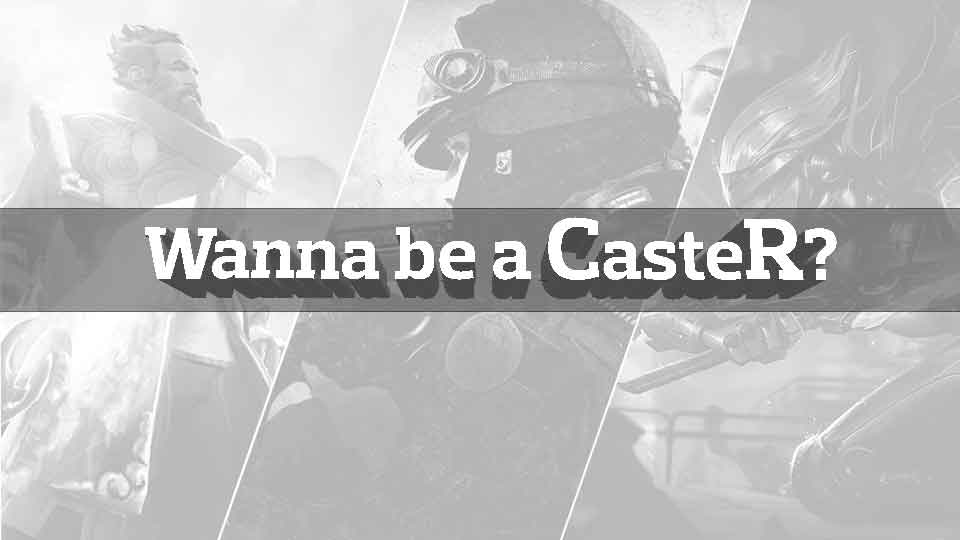 Hi guys, today i’m gonna share some of the information about casting. So let’s get started,

The first thing what we need to know is “What is casting?”
Now, many of the people might get it as just to vocally explain the game to the audience/crowd, but it ain’t like that, according to me casting is something that explain the situation of the game in very sensible and a active way. Casting doesn’t mean that you should just keep talking about what’s going on screen, you need to let the audience/crowd know about each and every thing into the game. Sometimes you have to become a game analyst yourself as the game is going very complex.

How to get started with casting?
The first important thing is you should be very fluent into the language you are going to cast. You should have a good control over the vocabulary of the language, and a proper use of it. You should have a better way of expression through your casting. For example, try to cast a game using OBS or any other software you have and then watch the recording you’ll observe that you are using the same terms again and again, which should not happen at all during casting. The other important thing is you should be a good observer of the game, you should be able to express the twists and plots of the game very well, and also keep the viewers busy with it.

Try to cast as many matches as you can, and try to be a point of entertainment for the viewers.

What are the rules for casting?
Actually, there is no specified set of rules for casting, but i myself have set up under few rules and NEVER break it.
1. Always be confident – Self confidence is the first thing you should have in you.
2. Not to get distracted – There are several factors in the game which may carry you away and distract you.
3. Keeping knowledge – Having knowledge complete knowledge about the game is very important for being a caster, for example a CS:GO caster should know the callouts of each map, information and tips & tricks of the game, also the terms about the game. Without having a proper knowledge about the game you won’t be able to cast the game.
4. Avoid shouting – Now this is interesting, I’ve observed myself shouting at the mic when there come a hype situation, when i heard myself for the first time i pulled away the headset asap, so always keep in mind not to shout in the mic, shouting has nothing to do the casting.